Training is an on-going need for your organization. Even though you hire competent and experienced employees, they still need training on your company’s specific products and services, and how they work. Training videos can be watched via e-mail, web, or on individual work stations in small manageable bites that are easy for the viewer to consume.

United Healthcare, a national health insurance company, created a new software program to help its customer service agents in Georgia navigate its plans on behalf of their customers. We were tasked with creating a series of training modules to help United Healthcare customer service agents understand the new software program in a step-by-step manner.

The challenge was how to train thousands of United Healthcare agents spread over a wide geographic area in a relatively short period of time. Bringing these agents to to a central location for in-person training, or sending trainers out to regional locations to do the training were deemed too logistically complex and prohibitively expensive.
Solution

Video was chosen as the most efficient way to train thousands of workers in a short period of time. Using video for training saved money over the alternative – trainers and students in classrooms.

At the completion of this project thousands of United Healthcare agents were trained in the new software program over a matter of a few weeks; United Healthcare saved a considerable amount of money compared to previous training programs that did not use video; the agents reported back that they enjoyed the videos, which were far more entertaining than the usual on-site trainer method of education. 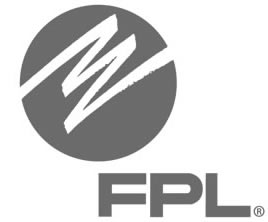 Florida Power & Light Company supplies electrical power to much of the state of Florida. It is the largest energy company in the United States, serving more than 10 million customers.

We produced two 45-minute videos – Training Needs Analysis In Action and Team Approach To Job Analysis – used real-world scenarios and graphics to present a step-by-step process for solving problems in the workplace.

In producing these training videos, we started with research, learning as much as possible about Florida Power & Light Company, its nuclear power plant operations, and Total Quality Management. We, as teachers, became the students in order to pass on what we learned about best practices in problem solving. FPL workers now had a template to use when solving problems in their work environment.

The United States Geological Survey, part of the U.S. Department of the Interior, wanted to tell Americans what it was doing to combat West Nile Virus through its biological division.

According the the Centers For Disease Control (CDC), “West Nile virus (WNV) is the leading cause of mosquito-borne disease in the continental United States.” The challenge for the USGS is how to communicate with the most Americans possible about the seriousness of West Nile Virus and how to prevent it. There is no vaccine.

We were hired to take on this challenge and created a video news release (VNR) for this Federal agency profiling efforts to research and mitigate West Nile Virus. The VNR, much like a TV news story, ran about 2 minutes. The story described what West Nile Virus is, how people contract it, how to avoid it, and how U. S. Geological Survey biologists are finding ways to prevent mosquitos from breeding and carrying the virus.

Multiple on-location TV shoots in Louisiana and Long Island, New York were required. Our services included subject research, scripting, editing, notification of all television news media in United States, and uplinking the VNR via satellite for distribution to television stations.

Our video news release reached every TV station in the United States, and all major TV news networks, such as CNN, ABC News, and CBS News. The story was used many times over the next few weeks by news media.

How can Training Videos help my company train its employees efficiently and help the bottom line?

Why do most companies negelect training?

How can we improve the effectiveness of employee training?

The data shows that training presentations that include video are 9 percent more effective than text alone when comprehension is tested right after the training. Comprehension increases by 83 percent when the testing is conducted later. This means that video increases employee's ability to retain information over a longer period of time.

How can we reduce the cost of employee training?

How can we increase employee compliance with required training?

Video-based training can also make it easier for employees to comply with training requirements. On-site training may be missed when employees have a schedule conflict. When video training is available online, employees can use the training when it suits their schedule best. They can even use the online training videos from remote locations or from their home.

Sign Up now for a quick conversation about your needs.

Learn how we can turn customer insights into customer trust and increased sales.